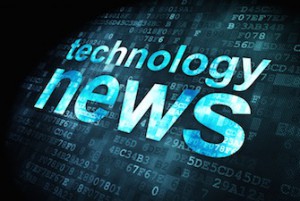 1. Wearable tech toy for kids. Check out MoverKit the build it yourself wearable that teaches kids how to code. The device reacts to movement and light.

2. IBM Watson Element for Educators. IMB and Apple have announced a MobileFirst collaboration. The iPad app was created for teachers. The app connects with the IBM Watson Enlight based apps that assist teachers with lesson planning, tracking student progress and more.

4. Dot the new TV show that encourages girls to embrace tech. Dot debuted on Sprout TV (owned by NBC) on October 22nd. Dot is a 8 year old girl that "uses technology to learn, create and explore". 5. IBM is counting on Watson.  Watson continues to astound so why shouldn't IBM count on it? For instance, Watson is matching the intellect of doctors with the correct diagnosis of patience 99 percent of the time!

At the University of North Carolina School of Medicine, Watson was tested on 1,000 cancer diagnoses made by human experts. In 99 percent of them, Watson recommended the same treatment as the oncologists.

7. Update your iOS now. Apple has released iOS 10.1 that has a security patch that protects devices from being hacked by a JPEG!

8. KOLLECTO a fine arts app. Meet Tara Reed a successful woman in tech who found a niche that was lacking an app....fine art collection. Enter the Kollecto app.  The creation of Kollecto has lead Tara to do a Tedx Talk about helping other entrepreneurs build apps without code.

9. Managing PC's is 3x's more expensive than Macs. This according to IBM. At a recent Jamf Nation User Conference IMB stated that by deploying Mac's company-wide the company was seeing an average savings of $535 over four years, for each Mac!

Well, nine articles should keep you distracted from the yucky weather or keep you from any other work you want to avoid today! Have you read anything interesting today? Feel free to share it with me. Happy reading!