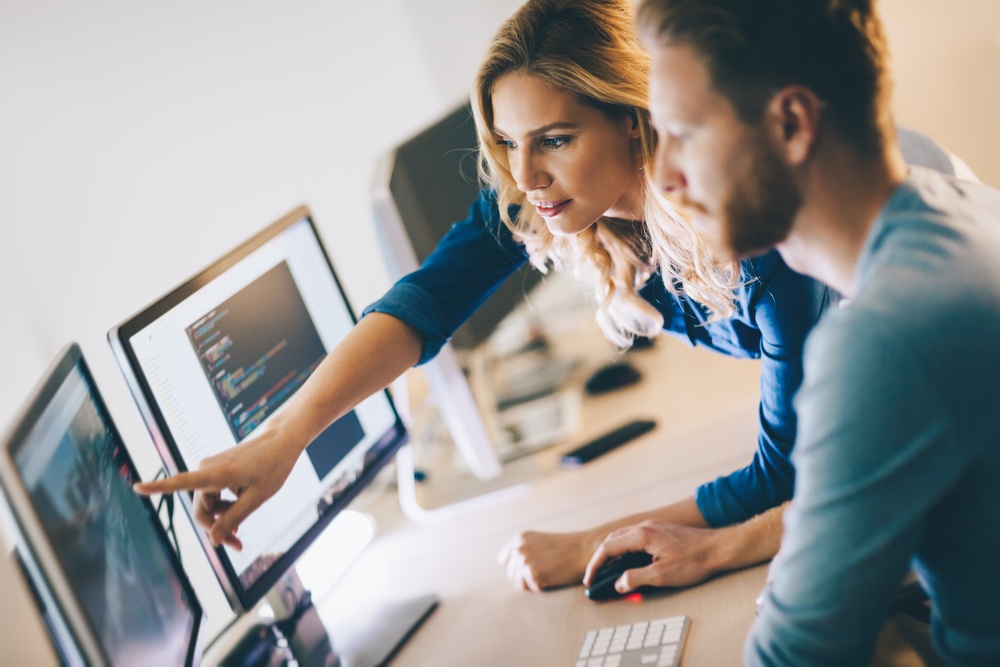 Thomas Edison supposedly said that genius is 1 percent inspiration and 99 percent perspiration—but what if you could pass that perspiration off to someone else? Unfortunately, many small businesses with big ideas are forced to stop in their tracks because they don't have the technical skills or ability to implement them.

There's no reason to let the same thing happen to you, however. By leveraging custom software development for your needs and objectives, you can make your idea a reality, just like the three businesses described below did.

The client for this case study was an early-stage startup founded by two parachute enthusiasts who wanted to improve the hobby that they loved. Although they had an idea for how to proceed with their business plan, they lacked the technical knowledge required to implement it.

If a parachute malfunctions during a skydive, the parachute's canopy is "cut away"—disconnected from the rest of the parachute system and jettisoned into the air—in order to open the reserve parachute and prepare for landing. Of course, these canopies are usually lost in the frenzy of recovering from the malfunction, leaving the parachute's owner with no clue where to start looking for them. Since parachute canopies can cost thousands of dollars to replace, having a way to retrieve them would save owners a great deal of money.

With the help of the startup's founders, SYDCON developed an actionable plan for turning this visionary idea into reality. More specifically, SYDCON built the client a web application accessible from computers and mobile devices that could reveal the canopy's location to users.

The first step in the project was to create an application programming interface (API) that connected a device on the parachute with the AT&T network. At regular five-minute intervals, the application queried and retrieved the canopy's location and then plotted and overlaid it on a Google Maps interface. By logging on with their serial numbers, users could determine exactly where their canopy was on the map.

Due to the high stakes involved, SYDCON made sure to extensively test the application before taking it live. This often involved running around the company's parking lot trying to simulate the canopy's motion. Although the timeline was more flexible because the project was new and unknown, the client was more than satisfied with SYDCON's budget and time to complete the development work.

As a result of working with SYDCON, the client now had not only an idea but a product that they could show off, making it easier for potential investors to understand what the startup was doing. This has helped the client get interest not only from individual parachute hobbyists but also skydiving companies operating drop zones and even the military. In turn, the application's users can save substantial amounts of money on having to replace their lost canopies.

This second case study involves a client that operates as a startup in the medical training industry, uniting people with expertise in medicine, engineering and manufacturing. Like the previous case study, the client needed a way to bring their idea to life through technological know-how.

One significant challenge for medical education is being able to find real-life patients who can demonstrate particular symptoms and medical issues. Although some medical programs use "simulated patients" who act out a given problem, this option cannot simulate all possible signs and symptoms, such as heart murmurs or certain lung noises.

The client's idea was to develop a "simulated stethoscope" that could play sounds simulating a variety of heart and lung conditions. In doing so, they aimed to provide a medical learning experience that was more accessible and realistic, and less expensive, for a greater number of students.

After speaking with the client, SYDCON developed a comprehensive plan of action for the project. First, SYDCON would develop a back-end website that the client could use in order to maintain different sounds and patient studies. Second, SYDCON would develop a iPhone app that would pull information from the back end and allow users to stream the sounds directly to the stethoscope.

SYDCON completed the project for the client within two months—on budget, on time, and to the client's satisfaction. The client's system now has roughly 100 different sounds that can simulate a variety of conditions, including asthma, heart murmurs, chronic obstructive pulmonary disease (COPD), and even Crohn's disease.

Developing this simulated stethoscope saves medical schools from having to find real patients with rare or unusual conditions, without diluting the quality of the education that medical students receive. The client is, therefore, working to change the way that students learn, making it both easier and more effective.

The client in this third case study has been a pioneer in the healthcare communications industry for decades, providing equipment for healthcare facilities, schools and commercial buildings. Although the client had previously worked with another company to develop their idea into a beta version, they weren't completely satisfied with the results, leading them to reach out to SYDCON.

Most hospital environments use standard whiteboards with dry erase markers in rooms, so that nurses and patients can communicate. However, this approach has a few drawbacks; for example, the contents of the whiteboard are only in a single location and can only be accessed and modified at that location. This meant that information can't easily be shared across different departments or wings of the hospital.

SYDCON continued to collaborate with the client on their electronic whiteboard project over a period of roughly two years, during which it was brought from beta and transformed into a full-fledged, mature product. The initial product launch took about six months, after which the whiteboard went through regular iterations of adding new features and making changes.

As a result of this successful partnership, the client was finally able to finish the product as they had envisioned it and offer it for sale. Of course, the true benefits of the project are for the end users: the nurses and patients in a hospital.

Patients and their visitors can now use the electronic whiteboard to view a variety of information about the care that the patient is receiving during their hospital stay, giving them more transparency and visibility. For example, they can see a picture of the nurse assigned to their room, check the time of the nurse's last visit and the time of their next visit, access information about diet plans, and more.

If there's one thing that you should take away from the above case studies, it's this: almost any idea can be translated into an electronic product or process—including the one that's currently rattling around in your brain. What's more, turning your idea into reality isn't as hard as you think with the help of the right custom software provider.