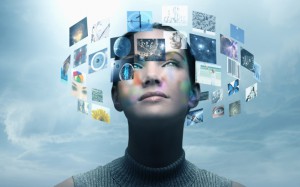 What do Google, Coca-Cola,Happy Meals and the New York Times have in common?

Enter "Google Cardboard". Google Cardboard for those of you missing out is what it sounds like "cardboard" for Google. Ha! In all seriousness, Google Cardboard is used to augment Virtual Reality. Google Store has recently added the category "virtual reality", offering cardboard headsets for $14.99. So, what does this have to do with Coca-Cola, Happy Meals and The New York Times? Let's take a look.

Coca-Cola. Coke has a new video out, showing how to make a virtual reality headset out of recycled cardboard from its 12 pack of coke products. To date, Coke doesn't offer any corresponding game apps, but there are many available thru Google Cardboard directly.

The New York Times. Back in November 2015, The New York Times added a fun feature to its paper delivery. Subscribers received Google Cardboard with their Sunday delivery. Kids and their parents alike had fun playing around with the virtual reality headset on a Sunday.

Bottom line is that when you look at all the companies, Google, Coca-Cola, McDonald's and The New York Times,  the common denominator in all of them is "technology". Neither Coca-Cola or McDonald's is a traditional media company or tech giant, but they are both embracing technology to reach kids and their parental consumers.  Does your company share the common denominator of "technology"? No, I am not saying you need to find a way to distribute Google Cardboard or even virtual reality, but you need to find a way to make technology a core component of your business. Going forward, in order to succeed in the business world of the future, all businesses need to be sectored as a technology company in some aspect or face being left behind.